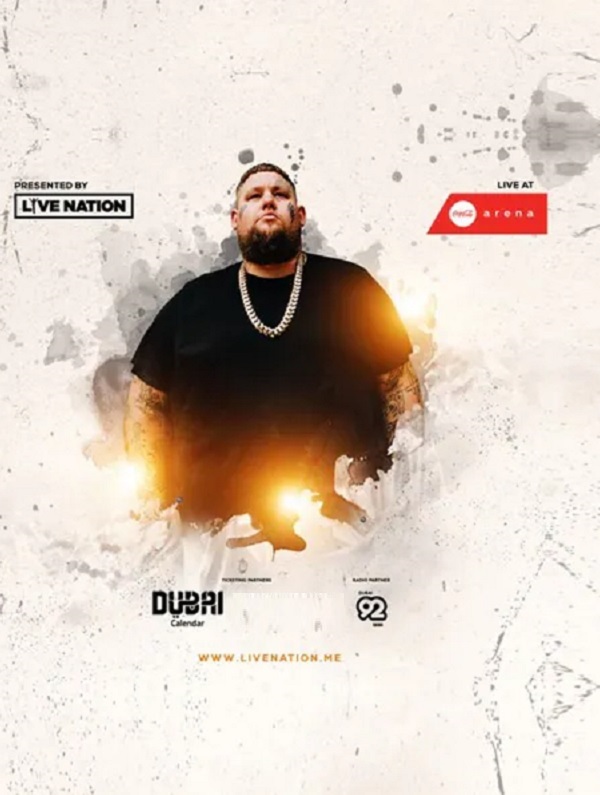 Please note that attendees need to be vaccinated in order to be permitted entry into the event. As per Dubai Government guidelines, standing is permitted and patrons must adhere to all COVID-19 protocols.

Live Nation is proud to present UK’s pop, soul, and blues sensation Rag’n’Bone Man, aka Rory Graham, performing live on Friday, the 26th of November at the state-of-the-art Coca-Cola Arena.

The BRITs British Breakthrough Act and Critics’ Choice Award winner will treat his fans to an event worth remembering, where he would showcase his acclaimed deep, powerful, soulful, bluesy vocals as he performs his global smash hits including ‘Human’, ‘Skin’, ‘Grace’, ‘Giant’, ‘As You Are’, ‘Anywhere Away From Here’, his latest ‘All You Ever Wanted’ and more.

A native of rural East Sussex, Graham rose to prominence under the Rag’n’Bone Man moniker in 2016 with the release of ‘Human’, which appeared on his full-length debut of the same name in 2017. Showcasing his characteristic blend of traditional blues and hip hop, and introducing the world to his powerfully deep baritone voice, the track peaked at No.2 on the official UK singles chart. That year, he also hit the road with his Human Tour and joined forces with the virtual band Gorillaz on their song ‘The Apprentice’.

Graham also sang and co-wrote one of the songs, ‘Broken People’, from Will Smith’s 2017 Netflix film Bright. Continuing his collaborations, Rag’n’Bone Man released a handful of tracks in 2018 and embarked on his Sounds of the City Tour, before teaming up with Calvin Harris in 2019 for the No.2-charting single ‘Giant’.