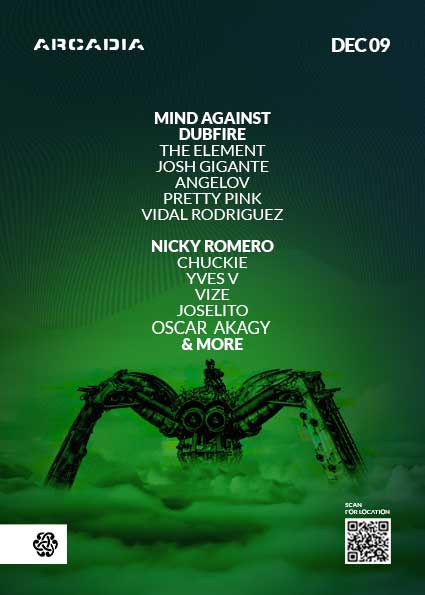 An iconic festival Arcadia will take you on a fully immersive journey of the world’s most legendary DJs coming to perform explosive sets in Doha, Qatar. Three beast stages, massive balls of flame, stunning lights and an incredible ambisonic sound-system – the journey that Middle East has never seen before.

The Arcadia will be held near Ras Bu Fontas metro station and host up to 25,000 fans during November and December 2022. It will be a completely unique layout for Qatar, entirely customised, prepared and brought to you by Alchemy Project. Presented by Ooredoo.

Founded in 2007 and nurtured at the Glastonbury Festival, Arcadia rapidly grew into a global phenomenon, touring on four continents with over two million people attending their shows worldwide.

Hailed as ‘science fiction made real’, Arcadia’s sculpted stages have hosted the biggest names in dance music, with installations built from recycled materials appearing at iconic events and festivals from America to Australia. Consistently pushing the barriers between electrifying performance and the cutting edge of engineering, their shows range from immersive theatre to high octane dancefloors.

This November sees them land in Doha for their first ever show in the Middle East.