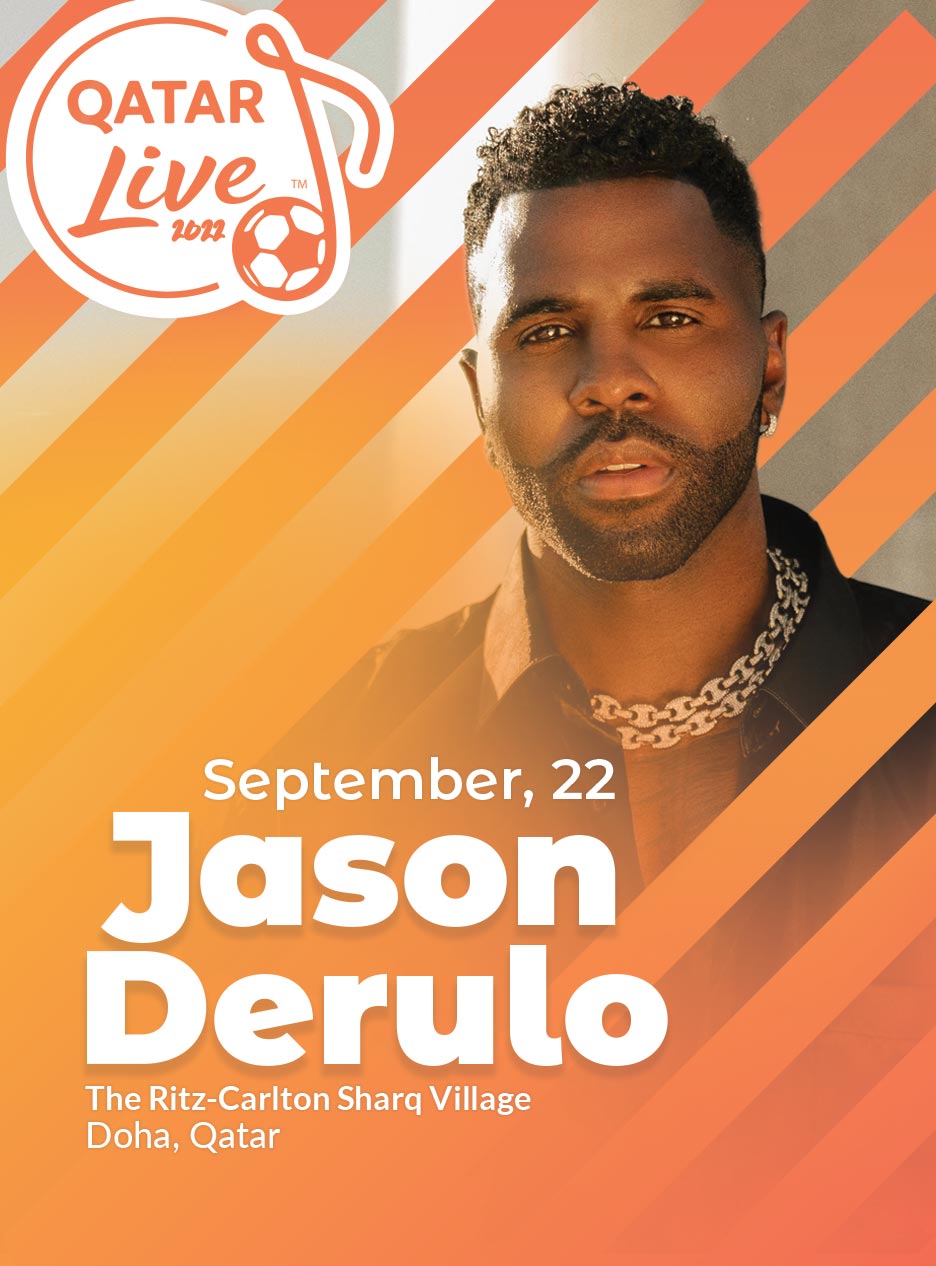 The Superstar Music Icon, Jason Derulo, would be performing live in Doha, on September 22, at Ritz Carlton Sharq Village

Jason Derulo is a multiplatinum powerhouse whose current hit "Swalla" has over 300 million views on YouTube. With 102 million-plus single equivalent sales worldwide both his introductory breakout "Watcha Say" and "Talk Dirty" [feat. 2 Chainz] reached quadruple-platinum status, while "Want To Want Me" and "Ridin' Solo" went triple-platinum, and "Trumpets," "Wiggle" [feat. Snoop Dogg], and "In My Head" earned double-platinum certifications. Platinum singles include "Marry Me," "The Other Side," and "It Girl," while "Get Ugly" and "Don't Wanna Go Home" went gold. Cumulative streams continue to soar, exceeding 6.3 billion and YouTube views surpass 4 billion. At radio, his music impacted a total audience of 20 billion-plus listeners with a staggering 3.5 million spins. Jason will also be a featured performer for the Monday Night Football theme, his clothing line LVL XIII will be in Bloomingdales in the Fall, he has both a label and publishing deal with Warner Brothers Records,  he is currently an investor in both Catch L.A. and Rumble Boxing with Sylvester Stallone and Ashton Kutcher.

Brought to you by Qatar Airways and Qatar Tourism, sponsored by Ooredeoo