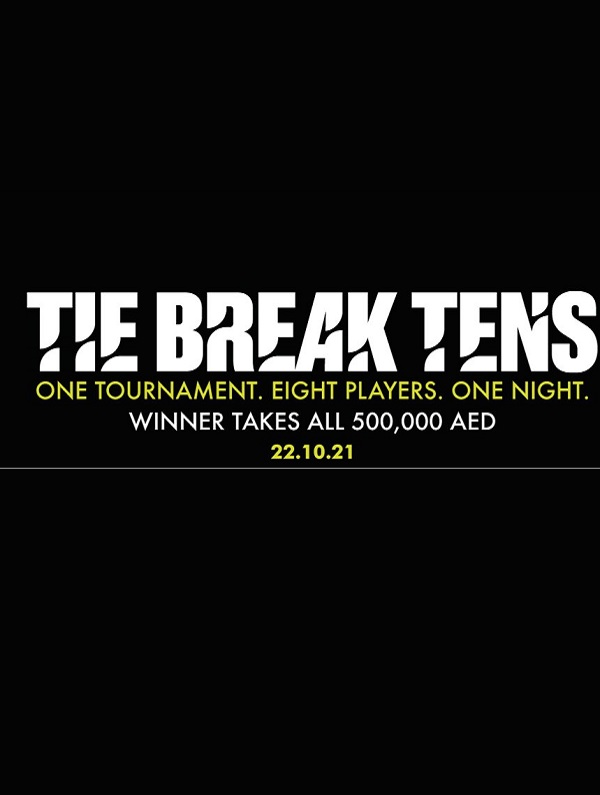 Game, set, match! Tie Break Tens is heading to Coca-Cola Arena on the 22nd of October! This will be the first time the region has staged an event from this short-format tennis series which launched in 2015 at the Royal Albert Hall, London. We’re pleased to announce that the event will take place at Dubai’s home of live entertainment, right here at Coca-Cola Arena marking our very first tennis event! Tie Break Tens has announced the participation of former top-10 ranked star and renowned entertainer, Gael Monfils. Also appearing will be this year’s winner of the Murray River Open in Melbourne, the British number one, Dan Evans. Further players will be announced over the coming weeks

TB10, the only officially recognised short format of tennis, is a quick-fire version of the sport that anyone can play and is thrilling to watch live. Unlike conventional tennis, Tie Break Tens matches are comprised solely of tie breaks – no games, no sets, just exhilarating ten-point breakers in which every point counts. The tournaments are held over one evening and involve eight players competing in a knock-out format with a winner-takes-all prize of AED 500,000.

Please note that proof of vaccination is not required for this event. As per Dubai Government guidelines, standing is not permitted and patrons must adhere to all COVID-19 protocols.