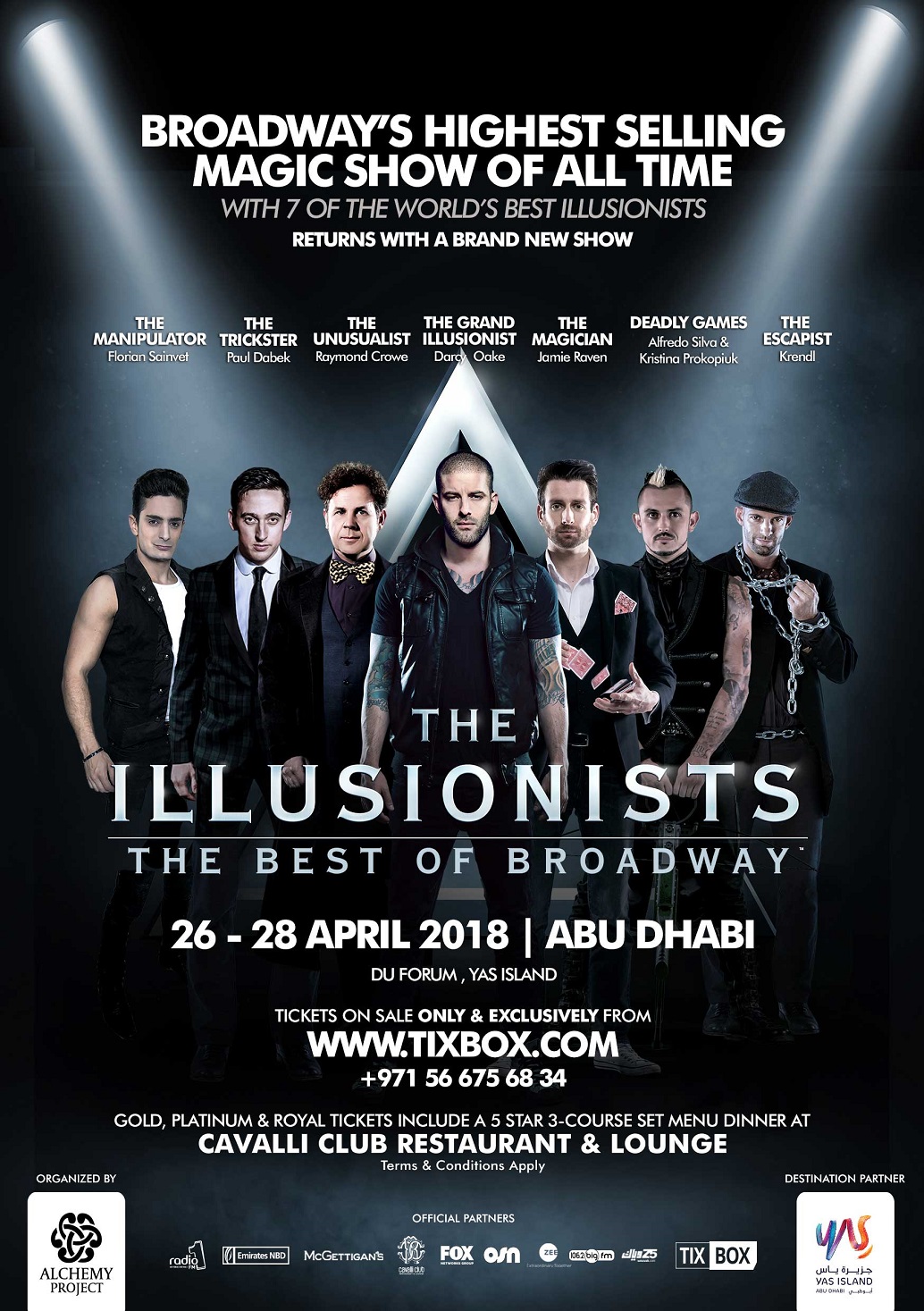 Broadway’s highest selling magic show of all time, returns to UAE with a brand-new show.

The Illusionists: Direct from Broadway

The mind-blowing spectacular showcases the jaw dropping talents of seven of the incredible illusionists on earth. The Illusionists has shattered box office records across the globe and dazzles audiences of all ages with a powerful mix of the most outrageous and astonishing acts ever to be seen on stage. The non-stop show is packed with thrilling and sophisticated magic of unprecedented proportions.

The group of world class performers takes their cue from the showmanship of the great illusionists of the past such as Harry Houdini and pair it with a new and updated contemporary aesthetic, who set and costumes design lend the genre theatricality and artistry that has rarely been seen before.

Collectively these performers have been seen by millions of people around the world and this production showcases their incredible talents together on stage for the very first time.

Performing in Dubai & Abu Dhabi this April & May. 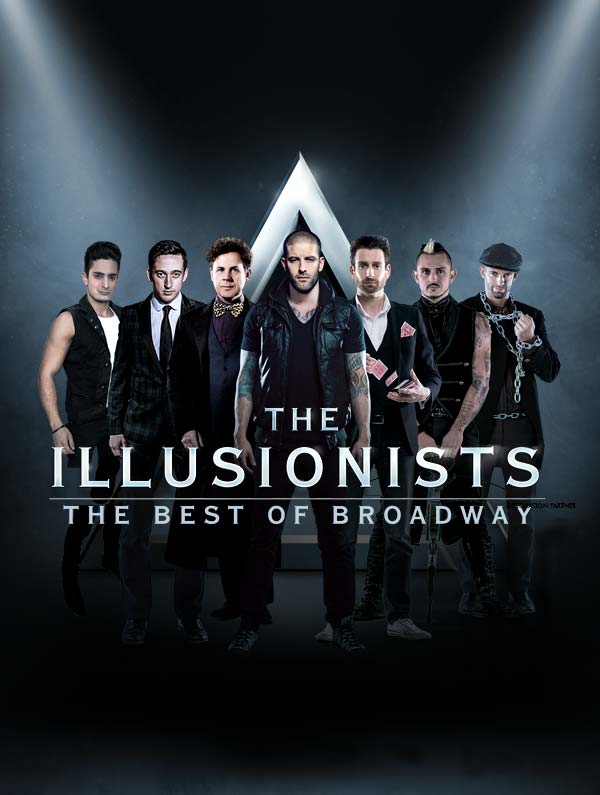