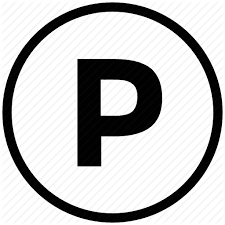 This event includes an interactive seat map and cannot be viewed on this device. Please use a desktop or laptop device for a better user experience.

La La La Lalala! Sing a Happy Song!  Following the successful World Tour, THE SMURFS LIVE ON STAGE – SMURFS SAVE SPRING will be staged in Abu Dhabi from 30th Nov  to 1st December, 2017 at the Du Forum, Yas Island for first time ever in Abu Dhabi as part of UAE 46th National Day entertainment weekend in Yas Island , Abu Dhabi .

Eight favorite Smurfs characters including Papa Smurf, Clumsy Smurf, Brainy Smurf and the adorable Smurfette are coming to Yas Island, Abu Dhabi for the first time ever to transform the Wintery breeze in town into a colorful Spring. The evil wizard Gargamel and the puppeteers will accompany the tiny blue creatures in this ‘Smurftastic’ journey.

The story is set in Spring – Smurfs’ favorite time of the year when the characters are busy preparing for the much-awaited annual Spring Parade. But while the Smurfs make merry and sing and dance with excitement, the wicked Gargamel comes up with a plan to trick Mother Nature and bring an end to the festivities. The Smurfs Live on Stage is a tale of magical adventure that will see the Smurfs battle Gargamel and save Mother Nature whilst promoting family values and the power of a true team spirit amongst children.

Little fans, mum and dad and the grandparents alike can get ready to cheer the Smurfs as they come to life on a grand stage, which brings the books to life with life size Smurf mushroom-shaped forest houses, vibrant backdrops and wonderful sing-along music.

La La La La La La…don’t miss The Smurfs Live on Stage in their 90-minute show in Du Forum, Yas Island for a strictly limited season from 30th November to 1st  December , 2017. Tickets will start from AED 195 up to AED 345 exclusively from www.tixbox.com and will go on sale on Monday 4.Sep.2017.

Created in 1958 by Pierre Culliford, fondly known as Peyo, The Smurfs have come to become some of the most loved cartoon characters around the world, especially after the launch of their animated cartoon series in 1980. Produced by Hanna Barbera, the Smurfs series spanned 272 episodes, which were dubbed into 40 languages, and has enjoyed top rating in more than 100 countries.  Millions of Smurfs DVDs continue to be sold in huge volumes internationally. Recently, a new milestone was achieved with the creation and release of the Smurfs 3D movies; the first 3D movie came out in 2011 and the second followed in 2013. 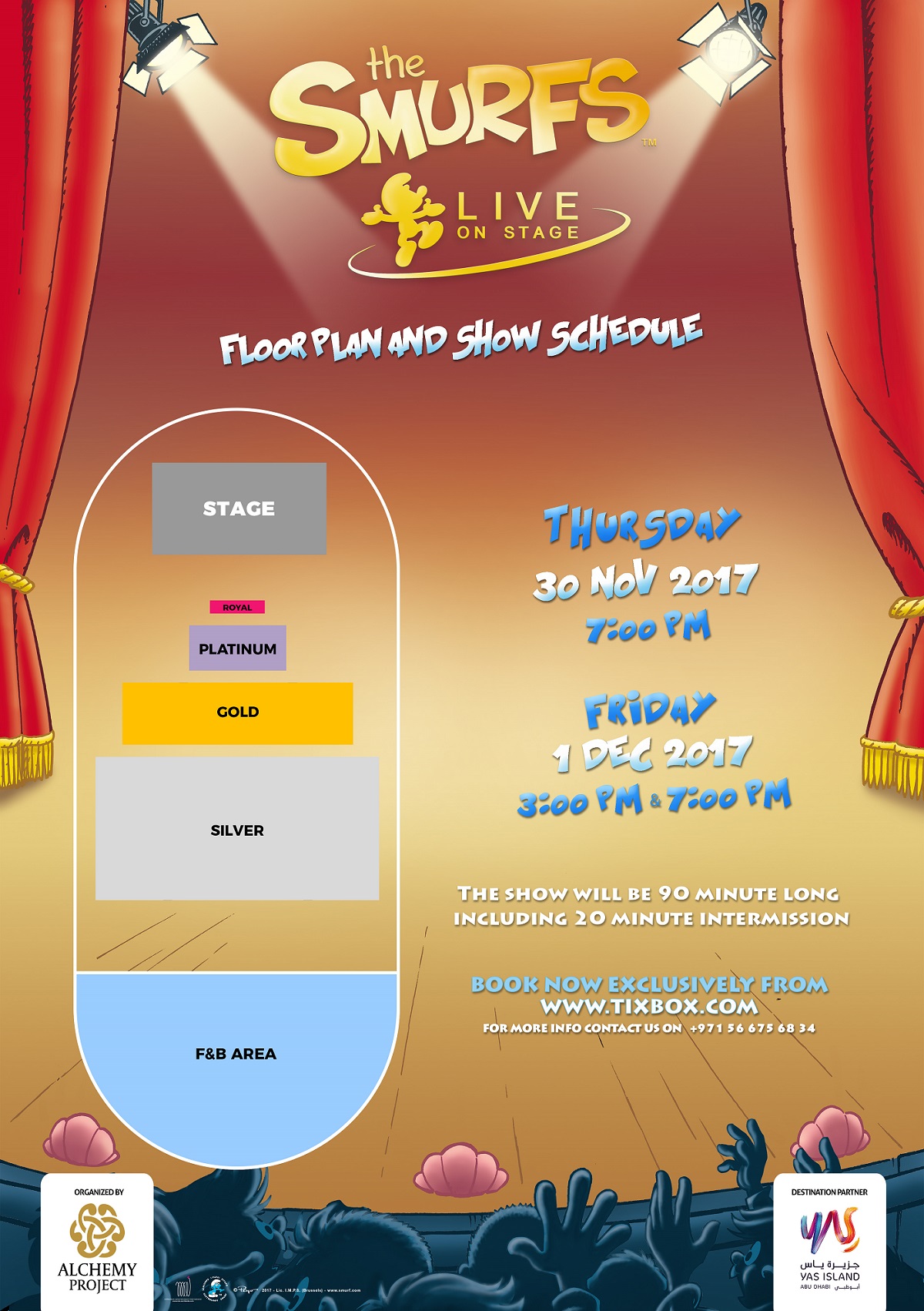 Only the ticket holder of a Gold, Platinum and Royal event ticket which specifically states that the ticket includes Yas Waterworld access can access the park for free on a single entry bronze admission basis.

This Event is an all ages event.

All children under 3 are free but must sit on an adult's lap.

All ticket orders are final. All tickets are NON­EXCHANGABLE and NONREFUNDABLE.

Each members of the audience, including children, must be in possession of a valid ticket. The valid ticket must be produced to gain entry to this event. Each ticket grants one entry only

Doors close 10 min before each show and entry is strictly prohibited after doors are closed.

No Flash or Recording of any kind is allowed (video or audio).

Mobile Phones, or any other electronic equipment should be disabled once the show begins to avoid disturbing other patrons, the cast and crew.

Please look at the designated directional signs in the venue entrances that will assist you to access the right seating zone.

Ticket duplication is a crime and if found, will be reported to Dubai Police.

In case organizers find any tickets being re-sold or duplicated, both buyer and seller will be reported to the authorities.

Organizer has the right to void any ticket that has been re-sold on black market.

A clear physical print of your ticket must be carried by the guest and submitted at the designated venue for validation purposes.

If a guest purchases more than one ticket, that guest is responsible for distributing the ticket vouchers to his/her guest. TIXBOX or the event organizer will not keep or hold any ticket at the door for guests.

Please be mindful of traffic issues, parking Issues or any transportation issues that may delay your access.

Smoking is not allowed inside the venue at any time, this includes e-cigarettes.