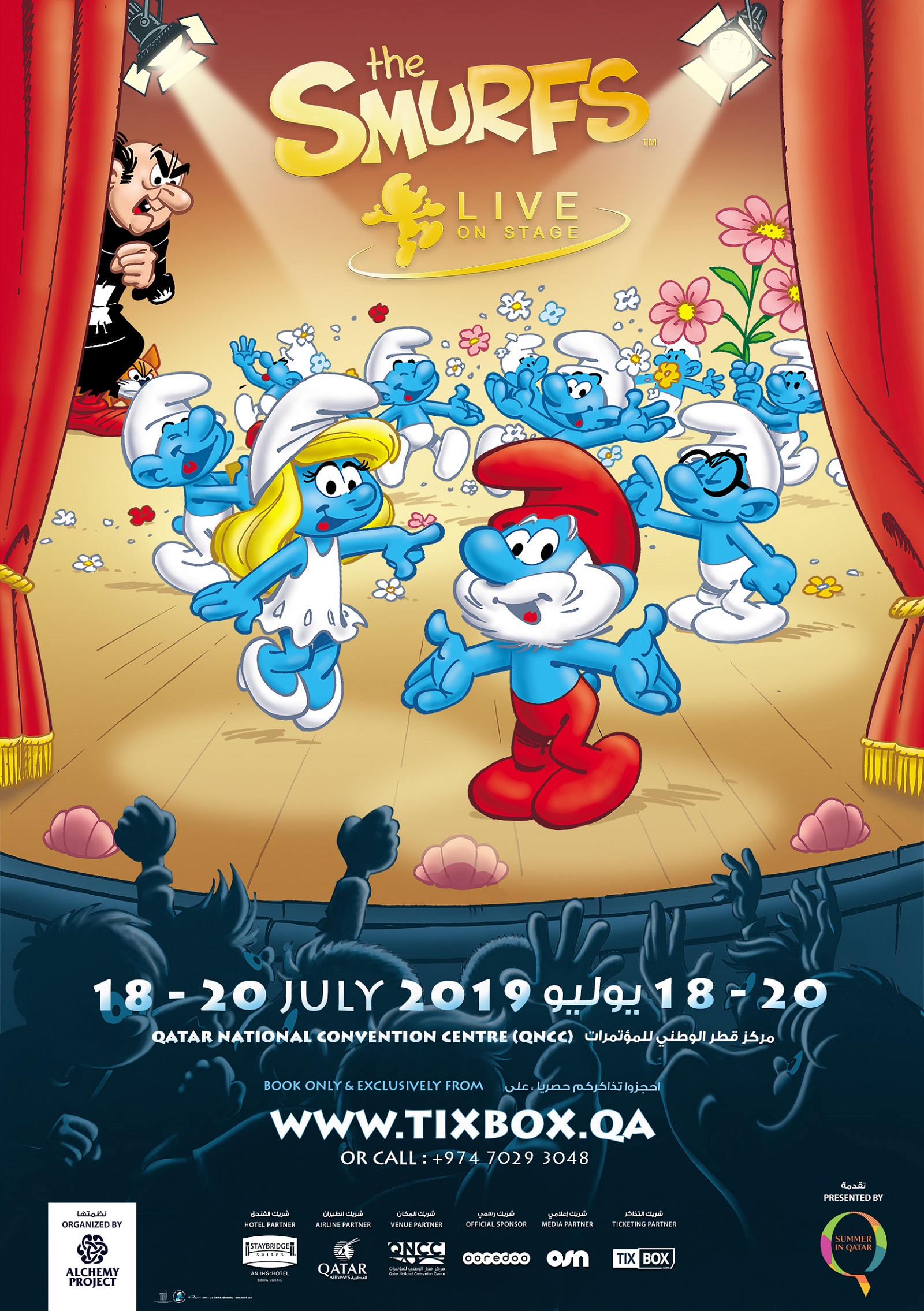 Comes to Doha for the First Time Ever!

La La La Lalala! Sing a Happy Song!  Following the successful World Tour, THE SMURFS LIVE ON STAGE – SMURFS SAVE SPRING will be staged in Doha from 18th – 20th July 2019  at Qatar National Convention Centre Theater (QNCC), for first time ever in Doha as part of Summer in Qatar.

Eight favorite Smurfs characters including Papa Smurf, Clumsy Smurf, Brainy Smurf and the adorable Smurfette are coming to Doha for the first time ever to transform the Summery heat in town into a colorful Spring. The evil wizard Gargamel and the puppeteers will accompany the tiny blue creatures in this ‘Smurftastic’ journey.

The story is set in Spring – Smurfs’ favorite time of the year when the characters are busy preparing for the much-awaited annual Spring Parade. But while the Smurfs make merry and sing and dance with excitement, the wicked Gargamel comes up with a plan to trick Mother Nature and bring an end to the festivities. The Smurfs Live on Stage is a tale of magical adventure that will see the Smurfs battle Gargamel and save Mother Nature whilst promoting family values and the power of a true team spirit amongst children.

Little fans, mum and dad and the grandparents alike can get ready to cheer the Smurfs as they come to life on a grand stage, which brings the books to life with life size Smurf mushroom-shaped forest houses, vibrant backdrops and wonderful sing-along music.

Created in 1958 by Pierre Culliford, fondly known as Peyo, The Smurfs have come to become some of the most loved cartoon characters around the world, especially after the launch of their animated cartoon series in 1980. Produced by Hanna Barbera, the Smurfs series spanned 272 episodes, which were dubbed into 40 languages, and has enjoyed top rating in more than 100 countries.  Millions of Smurfs DVDs continue to be sold in huge volumes internationally. Recently, a new milestone was achieved with the creation and release of the Smurfs 3D movies; the first 3D movie came out in 2011 and the second followed in 2013.

Presented By: Summer in Qatar